Home » Destinations » Mauritius » 60+ Street Arts in Mauritius: Where To Find Them + MAP

60+ Street Arts in Mauritius: Where To Find Them + MAP

The Porlwi by Light festival started in 2015 in order to spread awareness to the history and cultural heritage of Mauritius while highlighting the importance of nature. Local and international artists were commissioned to add more color to some of the streets and previously run-down buildings of Port Louis.

The first few street arts in Mauritius started in Bourbon Street and but quickly spread out to other corners of Port Louis, including Chinatown and the Caudan Waterfront.

This article will show you a massive collection of over 60 colorful street arts in Port Louis, Mauritius! I’ve also linked to a map at the end of this article with the exact location of each mural in this Mauritius street art guide so that it’s easier for you to navigate!

Check out these posts if you need more tips on how to plan your trip to Mauritius:

The best time to see the street arts in Mauritius is on Sundays. Most attractions and restaurants will be closed but it will be less crowded and there won’t be much traffic, making it easier to take photos. Alternatively, you can go on a Saturday to shop around in the morning and shoot photos in the afternoon when it’s not too crowded.

The New Chinatown Foundation is a non-profit organization that mainly aims to preserve the cultural heritage of Chinatown in Mauritius. In order to promote Mauritius as a thriving tourist destination, they commissioned some of the most talented artists to paint several street arts all over Chinatown.

Since most of the murals are not too far from each other, it won’t take more than 30 minutes to find all of them!

This cute little cat is found right across “Le Grand Bleu de Maurice” mural. It can be easy to miss since it’s small and located a bit high on the wall.

Frau Isa illustrated the beauty and diversity of the Mauritian women through this huge mural located at the beginning of Chinatown on Royal Road.

This one fits perfectly in Chinatown and was painted by Wenna with such great care for details that it must have taken quite a while to complete!

This colorful butterfly mural is found just before the pedestrian crossing. Despite being there for some time now, the cobblestones have still retained their vibrant colors.

Just a few meters ahead, you’ll come across two old doors that have been painted with this bright yellow color.

And on the opposite side of the street, you’ll see three pandas munching on bamboo sticks under the cherry blossom.

Read more: 32 epic things to do in Mauritius

Venpin Street used to be an abandoned little alley but thanks to the initiative of the New Chinatown Foundation, it’s now one of the most colorful streets in Port Louis! It reminds me a lot of Mural Art’s Lane in Ipoh Malaysia!

The New Chinatown Foundation, with the help of young artists, has recently painted these two beautiful murals to commemorate the founding of the 70th anniversary of the People’s Republic of China. I was lucky enough to see the artists in action and the result is outstanding!

At the entrance of a Pagoda, you’ll see this huge mural of a white Pekin opera mask. I particularly love the eye that almost looks real!

I love this gold bicycle mounted in front of these colorful wooden boards. I’m sure it’s going to become a very popular selfie spot just like the famous “Kids on Bicycle” art by Ernest Zacharevic in Penang, Malaysia!

And finally, Bruce Lee showing off his skills at the end of the road! Artist: Yan Jian

This is the busiest and loudest street in Port Louis and also where the Central Market is found. You’ll find lots of street stalls selling fruits, clothes and accessories for cheap.

As you continue along Sir Robert Towsend Farquard Street, turn left at the intersection in the direction of the Mauritius Commercial Bank to see these three massive street arts.

The duo from 44flavours created this contemporary abstract design to give a pop of color to the streets of Port Louis.

The black and white mural by Brian Lamoureux shows the contrast between urban and colonial architecture, a tribute to the city of Port Louis.

Probably the most interesting piece of art out there that kind of reminds me of the Manji tribe from Jumanji! Artist: @bault_

This is one of my favorite street arts in Mauritius! I absolutely love the vibrant colors!

Near the Photography museum, you’ll find a whole wall covered with mandala designs and a rabbit painted on an old metal door.

The Caudan Waterfront in Port Louis consists of luxury and affordable shopping malls, a craft market, two hotels and a food court, all built on reclaimed land. You will find a wide range of street arts here and near the “Granary” which has now been converted into a parking lot.

Traveling to Mauritius for up to 10 days? Download your free Mauritius Itinerary e-book that’s perfect for all types of travelers! All you need to do is to sign up below!

I hoped you enjoyed this collection of 60+ street arts in Mauritius! You can view this map to help you locate each mural and if you ever come across others that aren’t included in this Mauritius street art guide, please let me know in the comments below!

Steph is a part-time traveler and adventurer who can't get enough of chasing waterfalls and exploring beaches. She shares her travel tips and tricks on Let's Venture Out and aims to help people travel on a budget.

18 Epic Things To Do In Koh Lanta Thailand

Best Things To Do In Seychelles: Budget Trip To Seychelles

Very inspirational. Indeed I got an idea of how to raise children’s awareness on road safety reflecting positive message , on the wall of in my school

Hey there, I'm Steph! I help people plan their dream vacation on a budget! Feel free to reach out if you need help in planning your next travel adventures! 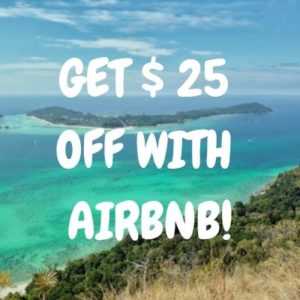